Pradaxa is a popular blood thinner that experts now say puts patients at risk of life-threatening bleeding. Prescribed by doctors to prevent stroke in patients who suffer from a heart arrhythmia known as atrial fibrillation (AFib), Pradaxa is the subject of FDA warnings and multidistrict litigation.

The FDA says Pradaxa may put patients at a higher risk for serious internal bleeding than other anticoagulants, and unlike warfarin, the drug that was used for decades for stroke reduction in AFib patients, medical researchers have not found an antidote to stop Pradaxa bleeding.

Persons and the family members of persons who have suffered from severe internal bleeding while taking Pradaxa may be eligible to recover compensation through a Pradaxa bleeding lawsuit. A settlement was reached in the first round of Pradaxa lawsuits, in which the drug maker Boehringer Ingleheim agreed to pay $650 million to settle over 2,300 cases, yielding an average settlement of over $275,000 per plaintiff. We are now accepting new claims for possible Pradaxa lawsuits.

We specialize in representing the interests of American families against large corporations. Aware of the very serious nature of Invokana lawsuit claims, we have committed our firm's significant resources to providing the best Invokana attorney representation possible. Contact us today to see if we can help. 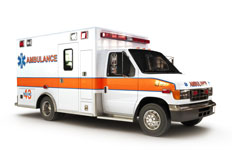 Pradaxa has been found to pose a risk for severe internal bleeding. Because there is no known antidote to stop Pradaxa bleeding once it starts, experts say Pradaxa's dangers may outweigh its benefits. Read more about Pradaxa internal bleeding.

This page contains answers to questions commonly asked regarding a Pradaxa bleeding lawsuit, such as, Who can file a Pradaxa lawsuit for internal bleeding? and What how much does it cost to file a Pradaxa side effects lawsuit?

Our attorneys specialize in holding large corporations accountable when they've placed profits ahead of safety. Through settlements and winning verdicts, our attorneys have obtained millions for our clients. Let us help you today. Read more about Pradaxa Internal Bleeding Attorneys.

Roundup weed killer, manufactured by Monsanto, uses a chemical called glyphosate, which the World Health Organization labeled as a probable carcinogen in 2015. Roundup is the most popular of all glyphosate-based herbicides. As little as 8 hours of Roundup exposure has been linked to an increased risk of non-Hodgkin lymphoma, multiple myeloma, and leukemia. Millions of gardeners, landscapers, farmers and others have been exposed to Roundup cancer risks.

Physiomesh is a form of surgical mesh that has been used in hernia repair surgeries. Ethicon Physiomesh was used in ventral hernia repair and has been pulled from the market due to a high failure rate. Persons with Ethicon Physiomesh have experienced an array of complications that include pain, infection, hernia recurrence, adhesion or scar-tissue buildup, intestinal blockage, bleeding, perforation, organ damage, and the need for revision surgery.