Actos (pioglitazone) is a pharmaceutical drug prescribed to Type II diabetics which has been found to increase a patient's risk of developing bladder cancer. Two different FDA Actos bladder cancer warnings have been issued, stating that taking the drug for one year increases the risk of bladder cancer. The drug has been recalled in other countries, but is still being prescribed to patients in the United States.

Early clinical testing revealed that Actos posed a heightened risk for blader cancer, yet the drug company did not add a warning concerning Actos bladder cancer. As one of the most prescribed diabetes drugs ever, Actos brought Takeda Pharmaceuticals millions in profits. Unaware of the risk, countless Americans developed bladder cancer while taking Actos. 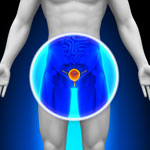 Actos bladder cancer is a risk for anyone who has used the diabetes drug Actos, especially patients who took this drug for more than a year. Takeda Pharmaceuticals has knowingly exposed consumers to an increased risk of developing deadly bladder cancer, continuing to market the drug even after the FDA released a safety warning on Actos bladder cancer and following an Actos recall in France.

Persons and the family members of persons who have suffered from bladder cancer after being exposed to pioglitazone, the active ingredient in Actos, may still qualify to file an Actos bladder cancer lawsuit. Contact these attorneys to learn about contingency representation â€“ you'll never pay a legal fee unless they win on your behalf.

Our attorneys specialize in holding large corporations accountable when they've placed profits ahead of safety. Through settlements and winning verdicts, our attorneys have obtained millions for our clients. Let us help you today. Read more about Actos Bladder Cancer Attorneys.

Roundup weed killer, manufactured by Monsanto, uses a chemical called glyphosate, which the World Health Organization labeled as a probable carcinogen in 2015. Roundup is the most popular of all glyphosate-based herbicides. As little as 8 hours of Roundup exposure has been linked to an increased risk of non-Hodgkin lymphoma, multiple myeloma, and leukemia. Millions of gardeners, landscapers, farmers and others have been exposed to Roundup cancer risks.

Physiomesh is a form of surgical mesh that has been used in hernia repair surgeries. Ethicon Physiomesh was used in ventral hernia repair and has been pulled from the market due to a high failure rate. Persons with Ethicon Physiomesh have experienced an array of complications that include pain, infection, hernia recurrence, adhesion or scar-tissue buildup, intestinal blockage, bleeding, perforation, organ damage, and the need for revision surgery.