Cancer caused by Actos that originates in the bladder may spread to other regions of the body, and is a grave and potentially deadly disease. While federal regulators say the risk of cancer increases when a patient takes Actos for at least a year, some case studies prove that patients may develop cancer in as a little as a month after starting Actos at elevated doses. Researchers donâ€™t know exactly how or why Actos bladder cancer occurs.

Patients are prescribed Actos on an ongoing basis in spite of the drugâ€™s risks. Actos continues to yield profits even as Takeda Pharmaceuticals has settled countless Actos bladder cancer lawsuits to prevent the cases from going to trial.

Data indicates that more than 2 million diabetics used Actos and Actoplus in 2010 alone. Studies show that patients who took Actos for as little as a month have developed bladder cancer. The longer a patient takes the drug and the higher the dosage, the greater the risk for developing Actos bladder cancer. 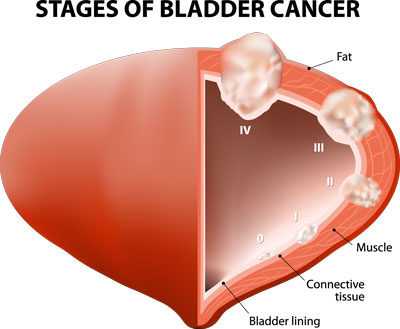 Actos (pioglitazone) is a diabetes drug developed and marketed by the Japanese pharmaceutical company Takeda Pharmaceuticals. At its height, Actos was the most popular diabetes drug in the United States. Actos has been recalled in France due to its side effect of causing bladder cancer, yet it remains a popular drug among Americans. Millions of Americans have been exposed to the risk of Actos bladder cancer since the drug was first released in July of 1999.

The fact that Actos increases the chance of bladder cancer growth has been known for many years, yet it is only recently that American consumers have learned about this risk. Actos bladder cancer was first detected in premarket animal safety testing, yet a warning was only added to the drugâ€™s label when mandated by the FDA in 2011.

The risk for the development of bladder cancer from Actos was discovered in early clinical testing, indicating Takeda knowingly released Actos despite the grave risk it posed. Actos bladder cancer lawsuits found that the company destroyed evidence of this early research linking Actos to bladder cancer. As one of the most popular diabetes drugs in history, Actos garnered annual sales of more than $3.5 billion in 2010 before losing its patent on the drug.

A ten year study launched my Takeda Pharmaceuticals in 1997 revealed that not only does Actos increase the risk of cancer after one year taking the drug, but patients taking higher doses of the drug are at risk for developing cancer even sooner. Essentially, once a patient has taken a total of 28,000 mg of Actos, the risk of developing bladder cancer becomes elevated. Despite clear indication that taking Actos for more than a year increased a patientâ€™s risk of developing bladder cancer by 40%, Takeda Pharmaceuticals released only vague findings from the study and concluded there were no "statistically significant findings of increased risk of bladder cancer with long term use of pioglitazone."

When a study was conducted in France which concluded patients taking pioglitazone, the active ingredient in Actos, experienced a higher incidence of bladder cancer, France banned the drug. Germany also restricted its use after learning of the threat of Actos bladder cancer. In 2012, the British Medical Journal (BMJ) published research showing that using Actos increased patientsâ€™ risk of bladder cancer by 83%. This study confirmed that using Actos was a long period of time increases the risk of cancer.

Our attorneys specialize in holding large corporations accountable when they've placed profits ahead of safety. Through settlements and winning verdicts, our attorneys have obtained millions for our clients. Let us help you today.

Filing a lawsuit will allow you to hold the pharmaceutical company accountable for damage it has caused you or a loved one, while also providing real compensation for your medical expenses, suffering and loss. Contact us today for a free consultation.

Persons and the family members of persons who have suffered from bladder cancer after being exposed to pioglitazone, the active ingredient in Actos, may still qualify to file an Actos bladder cancer lawsuit. Contact these attorneys to learn about contingency representation â€“ you'll never pay a legal fee unless they win on your behalf.